Clinical Director Tom Clarke has written a case about Archie a Westie who has been in to see him with breathing difficulties. It is a reminder to all dog and cat owners of the importance of using a preventative lungworm treatment.

Archie was referred to Abbey House in November of last year. His owners had noticed that his breathing was laboured and he had been coughing a lot. His own vet had tried various treatments but these had not improved Archie’s condition and in fact he was getting worse, hence he was referred to us.

When I saw Archie he was a bright little Westie but clearly having trouble breathing. I felt that he required a wide range of tests so he underwent a CT scan, endoscopy, where a camera was placed down his windpipe to examine his airways and a bronchoalveloar lavage when a small amount of fluid was introduced into the lungs and then immediately withdrawn collecting cells and bacteria that might have given us a better idea of what was causing his signs.

Westies have there own special lung disease sometimes called Westie Lung but more properly Fibrosing Alveolitis when the lungs become progressively more scarred. Sadly this condition is fatal and I feared that Archie had this. The CT suggested that this was the case although there were areas within the lungs which were filled with fluid which would not be typical of this condition. However, the endoscopy showed blood in many of his airways and a special blood test confirmed that he had a lung worm infection. Thankfully this is a rare condition in the north of England but common down south and also reported in the northwest of England and Scotland. The worm is transmitted by dogs eating slugs and snails and causes a wide variety of signs from lung disease, as in Archie’s case, to bleeding disorders and neurological signs.

As well as antibiotics and a little bit of steroids Archie was given a two week course of a wormer and his condition improved dramatically over the next two months such that when I saw him last week his owners reported him to be back to normal.

Archies owner is obviously concerned that he, and their other Westie, might contract the lung worm again so both are now on a preventative treatment with Prinovox, a spot on applied between the shoulder blades every 4 weeks.

It was great to see Archie recover with the treatment for the lungworm and that all the diagnostic tests led to the correct, and in this part of the country at least, rare diagnosis. 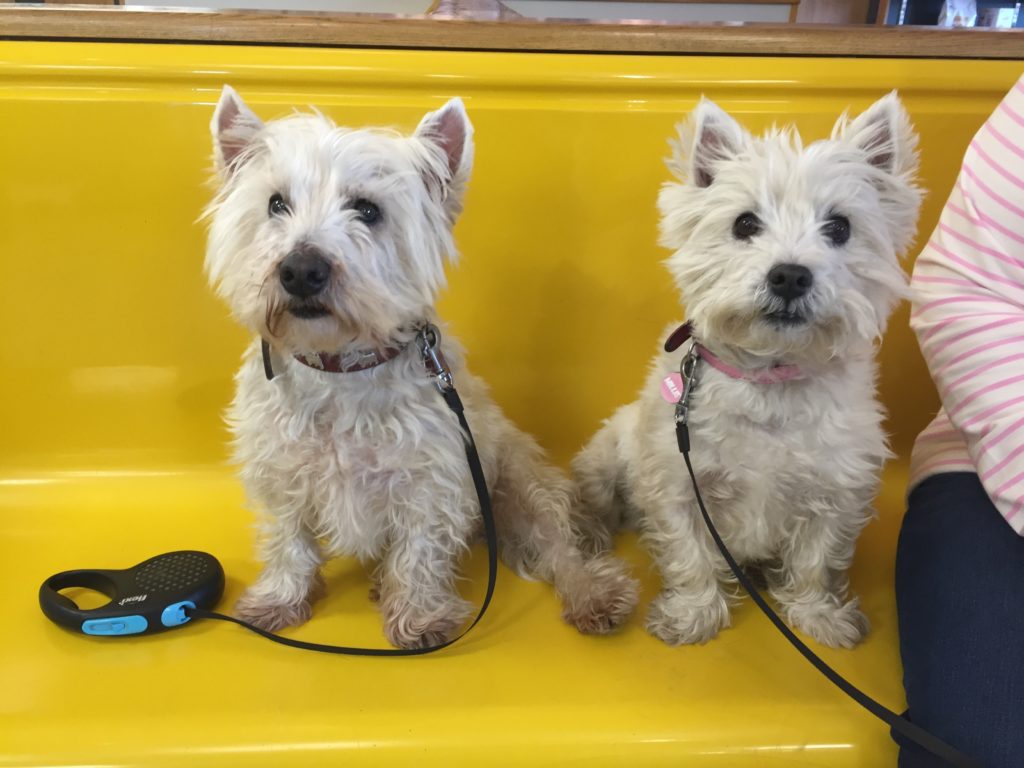 Lungworm (Angiostrongylus vasorum) is the most dangerous worm for dogs in the UK. Dogs can get infected by eating slugs and snails. They can also be infected if they eat grass that slugs and snails have left their slime trails on. In dogs it makes its way from the digestive tract in to the blood vessels near the lungs where it reproduces.  A lungworm infection in a dog can cause signs such as coughing, abnormal bleeding, neurological disease, collapsing episodes and can even cause sudden death. Treatment and prevention of disease is by monthly treatment with specific types of worming medication. There are quite a few products available that cover against lungworm. We stock Milpro and Prinovox. The use of either of these medications monthly will cover against lungworm.